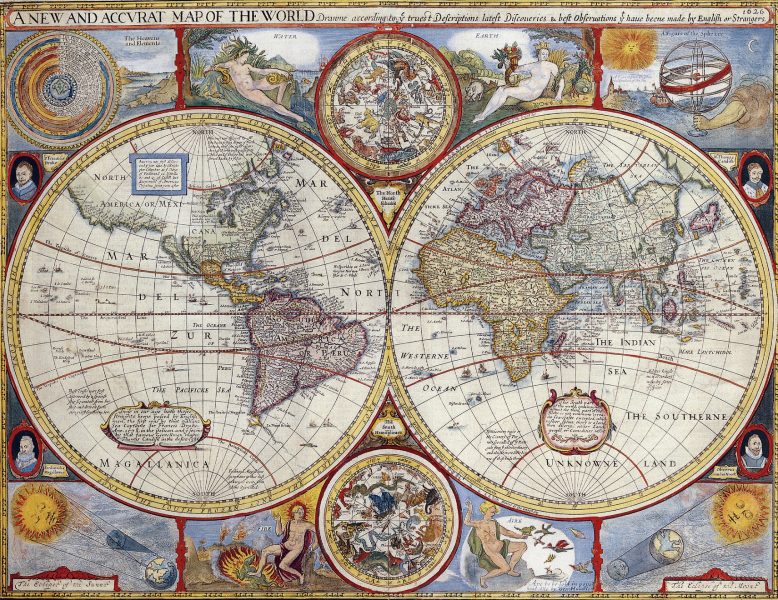 When it comes to how maps have evolved through history, you should know five maps played a significant role. These accurately documented the evolution of our world, and if you take a closer look at all five of them, you can quickly identify key elements of the modern map. Hence, let’s see up next, which are those five maps that contributed to the mapped world we know today.

Ptolemy is considered to be the father of geography. He was a scholar with an interesting view over the world, which ultimately gave him the title of father of geography. He created several small maps to create the world’s first global map. An interesting about this 13th-century map is that Europe is positioned in the center. Of course, he didn’t add the Pacific or the American land, as it was yet to be discovered at that time.

Experts say that al-Idrisi’s vision of the world is a rather interesting one. It was a fact that the world might be round, which is why this circular map attempted to describe it as that. As for today, this is viewed as one of the most advanced ancient maps, as both Islamic and Western cultures influence it.

This is a key map concerning how maps have evolved throughout history. It is the first one to acknowledge and document America. Waldseemuller used the information of the cartographer Amerigo Vespucci, so that he created an accurate map of all the lands comprising our world. Yet, this map came out in only one exemplary, and it got lost, being rediscovered back in 1901.

Halford Mackinder is considered to be an important contributor to how maps are designed today, along with hoe geography, is perceived. He was the one that paved the path to the birth of geopolitics. He created an interesting geopolitics map of the 1900s, offering an accurate depiction of how continents are positioned and how they can gain power on the globe.

And since Google shared with the world the 2011s novelty consisting of Google earth, we can say with certainty that this is the peak of map evolution through history. Up until that point, we had limited information about the world surrounding us, while the maps weren’t interactive. But Google Earth came to offer us a novel and enticing geographic component. We are able to see real time representations of specific locations, along with several other useful information.

The bottom line is that maps evolved through history and were inspired by important personalities. No matter if we talk about Greek’s first world map or Google’s constant attempts to get us closer to distinct corners of the world, cartography is an interesting field one could study. As for today, the world continually changes, which is why we need to keep a close eye on those small, but important shifts. 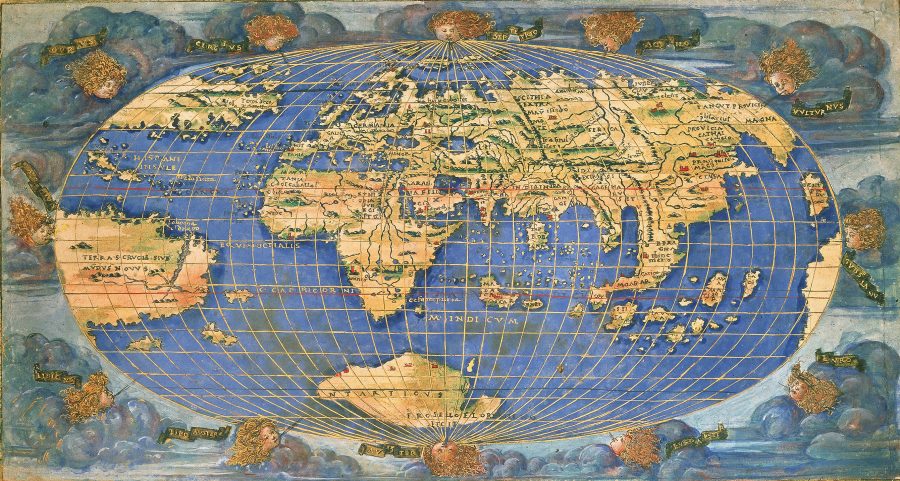 Cartography is an interesting field of study you should know about. It represents the study and practice of making maps, but it goes even farther. It mixes and matches scientific and aesthetic approaches with technical skills. And we can say that studying cartography can be both challenging and rewarding. If you are interested in this field, you should keep on reading this article. Up next, we’ve shared our insights on the top schools that offer cartography as a college major. Let’s see where you can discover the intriguing world of cartography.

If you enroll in IUP, you will get access to the university’s dedicated department for Geography and Regional Planning. What is even more interesting about IUP is that it offers its students access to the James E. Payne Geographic Information Systems/Cartography Lab, the Spatial Environmental Lab, and the university’s weather station. As such, you can gain in-depth knowledge about cartography and related fields of study so that you graduate in Bachelor of Arts in Geography, GIS, and cartographer concentration.

UCLA is well-known for its variety of fields of study, and it includes cartography amongst its courses. This university is ranked as one of the best national universities, while the undergraduate and graduate programs in geography and cartography are one of the best. Overall, UCLA provides interactive courses in which students gain standard knowledge about geography and cartography. But this is followed by real-life activities and experiments, which are more than useful for mastering such skills. And the best part about UCLA’s programs is that it offers its students the possibility of using and understanding the best geographic information systems.

Located just a few miles away from Transworld Systems offices in Cambridge, Boston University is less known for its programs of study in geography. But if you take a closer look at their curriculum, you will discover there are plenty of undergraduates and graduate environmental science degrees that can help you get a deeper understanding of the surrounding world. You can choose from several areas of study, including geographical sciences and cartography. And the best part about joining Boston University is that this department offers international internships.

University of Wisconsin (UW) in Madison

And if you are looking for an educational institution that cherished the cartography, the University of Wisconsin in Madison is the go-to place for you. They have an interesting project revolving around the History of cartography, and they even shared with the public a book series revolving around this topic. Hence, joining the UW will get you the chance to graduate in Cartography and GIS, Geography, or even get a Masters Degree or Ph.D. in Cartography and GIS.

So, these are some of the top higher education institutions that get you the chance to discover and studying cartography. Indeed, not many students enroll in such programs, but we can say that this is a rather unique and appealing opportunity to change the world. You will get the chance to understand our environment and how it changed through the course of history. And the best part about it is that you can even contribute to the evolution of cartography in the future. 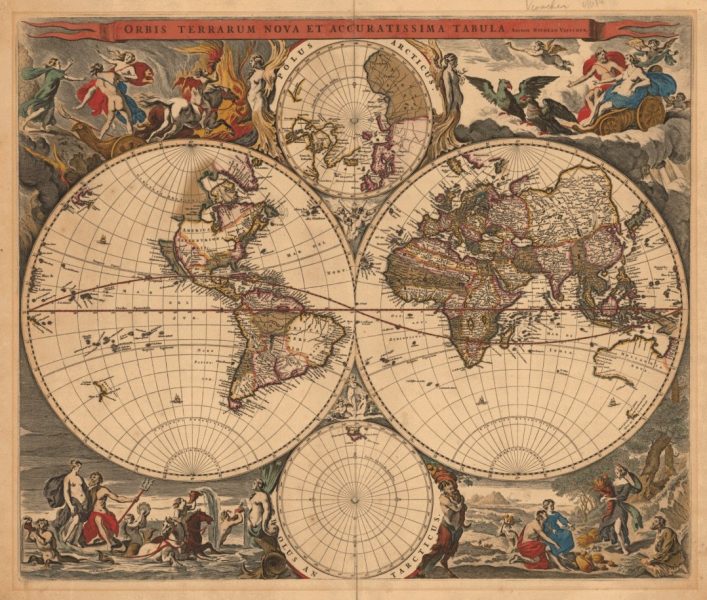 One of the most interesting fields of study of all times is cartography. And it seems like during the history, many people were drawn to discovering and analyzing our world. One of the oldest routes documented is a 9 feet wall painting discovered back in 1963 in a ton plan. It reveals a thorough mapping of buildings and a volcano in Anatolia. And besides this amazing masterpiece dating back to 6100 BC, there are plenty of other cartographic wonders one needs to know about.

What is Ancient Cartography?

Did you know that the Greeks were the first to analyze their surroundings and paint up a guiding map? Well, many Greek personalities, such as Ptolemy, Herodotus, or Eratosthenes, influenced the western earth sciences and had a significant contribution to geography and cartography. And Anaximander was the first one to draw a map of the world at that time. Moreover, the Greeks were the ones who firstly debated about the shape of the Earth, along with how vast its territories are.

How the Roman Empire contributed to the History of Cartography

Of course, even though the Greeks were the firsts to take a glimpse of the world, the Romans didn’t step back either. The Roman Empire used cartography so that they improved their military and administrative needs. As such, we can still see today’s well-preserved Roman maps that offer an accurate depiction of key areas of the empire, along with key points they aimed to conquer.

And what the Romans and Greeks started, was continued in the Middle Ages by Muslim scholars. Throughout history, Muslim travelers are known for their insights they documented about the Earth. Also, they followed Ptolemy’s philosophy and methods so that they establish the circumference of Earth.

One of the most important documents in the history of cartography is Mappa Mundi. Designed back in the 1300s, it considered to be one of the largest medieval maps still in existence. Besides, it offers accurate depictions of the world at the said time, with Jerusalem positioned in the center of the map. The idea behind this cartographic wonder is that Jerusalem is the heart of the world, while the remaining states spread out around it, similar to a garden of Eden.

We can see that it wasn’t until the early 1500s that scientists explored the possibility to make a round earth look right on a flat surface. Indeed, there a lot of issues to tackle, but this put the basis of the map of the world we know today. The Mercator projection from the 1500s is one of the best tools for sea navigation. This depiction of the world was used up until the 19th century, with slight variations and modifications depending on the state using it.

Yet in the 19th century, due to the transportation innovations occurring, more maps appeared, these were meant to offer valuable insight on what cartographers of that time understood about the world. Of course, plenty of those weren’t useful for navigation, but they had as their primary purpose in presenting the world as a whole.